by Christian and Johannes Zinzendorf 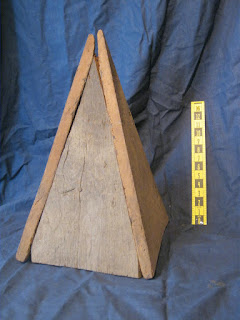 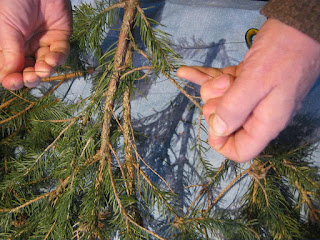 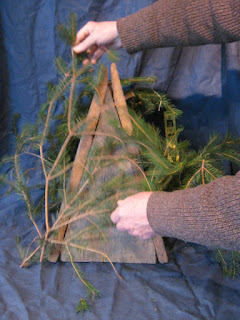 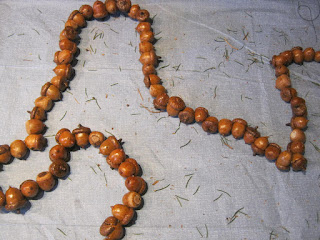 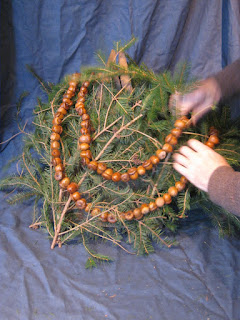 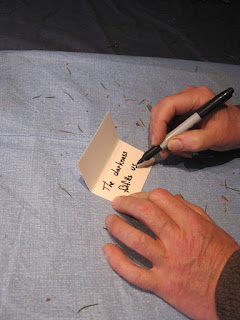 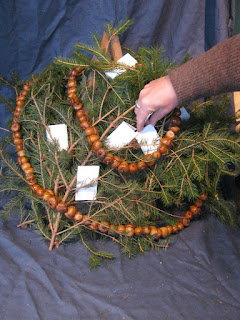 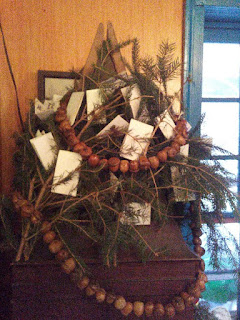 A long-obsolete, 250-year-old Moravian Christmas tradition has been revived at the Hermitage, a Harmonist spiritual community in the mountains of central Pennsylvania.

There is evidently only a single reference to Christmas pyramids in Bethlehem, Pennsylvania, and that is from the community diary for December 25, 1748, when it was written that “Quite early, the little children enjoyed a delightful festal occasion. Their brethren had decorated various pyramids with candles, apples, and hymn stanzas and, also, drawn a picture in which the children were represented as presenting their Ave to the Christ Child.”

This translation from the original German was made by Moravian Archivist Dr. William N. Schwarze, and was quoted by noted Pennsylvania German scholar Dr. Alfred Shoemaker in his classic 1959 work, “Christmas in Pennsylvania.” Shoemaker added that a similar Christmas pyramid tradition existed in eastern Germany, where the Moravians, in exile from their native country, had settled on lands of Count Nicholas von Zinzendorf, so it was possibly a tradition brought by them to Pennsylvania.

The pyramid can perhaps be considered as a table-top stand-in for a tree, an abstract representation. At the Hermitage, we emphasize the tree aspect by decorating the pyramid with evergreen branches. While Shoemaker places the earliest printed image of a true Christmas tree to 1836, he also mentions a Pennsylvania Dutch diary entry about Christmas trees in Lancaster in 1822, with the suggestion that it was already a common custom.

That single mention of pyramids in Bethlehem was all we had to go on in recreating that tradition at the Hermitage. We made our own four-sided pyramid from floor boards recovered from the still-existing spring house at Christiansbrunn, the Moravian community for single brothers outside Nazareth. While not an original structure, it was built with reused timbers, windows frames, doors and flooring from an earlier three-story structure that originally covered the community's sacred spring, believed by the brothers to be inhabited by the spirit of the community's namesake, Christian Renatus von Zinzendorf.

Our pyramid dates to our first years at the Hermitage, which we established in late 1988. In storage for most of the year, we bring it out every December. Just 20 inches high, it is small enough to place on a holiday table.

We wrap the wooden base with evergreen branches, then loop strands of shellacked oak acorns over the branches. Finally, we write seasonal and inspirational thoughts on small papers that we fold and insert among the branches. On the Winter Solstice, our seasonal high holy day, we stand at the pyramid and, opening the papers one by one, we read them aloud. This ritual helps center us as each verse and saying reminds us of why the day is important on this shortest day of the year in the northern hemisphere, and how increasing light for the next six months can fill us spiritually as well.

The pyramid connects us to our early Moravian sisters and brothers, and has become one of our most important seasonal traditions as it recalls an earlier light in the Pennsylvania wilderness so many years ago.

1. The wooden base of the pyramid.

3. Placing them on the pyramid.

4. A rope of shellacked acorns. The hulls are drilled through so they can be strung together.

5. Placing the rope on the pyramid.

7. Placing the cards among the branches.

Posted by Christian and Johannes at 12:57 PM