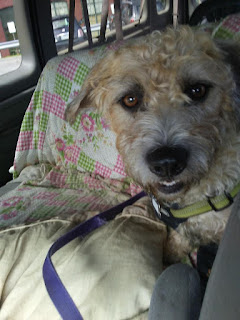 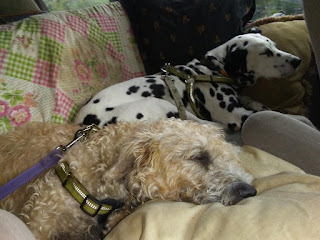 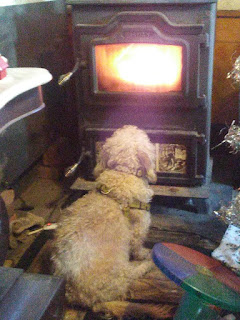 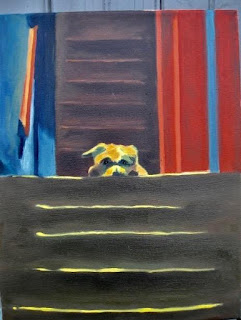 So that's where we are now. Chief is a beautiful incarnation of the spirit. Sometimes I try and project myself into his psyche, to get an idea of how the world looks through his eyes, since we are all facets of the same jewel. It's good practice to extend myself beyond myself and the illusion of separate individuality. I rejoice in him daily.
Posted by Christian and Johannes at 3:48 PM No comments: 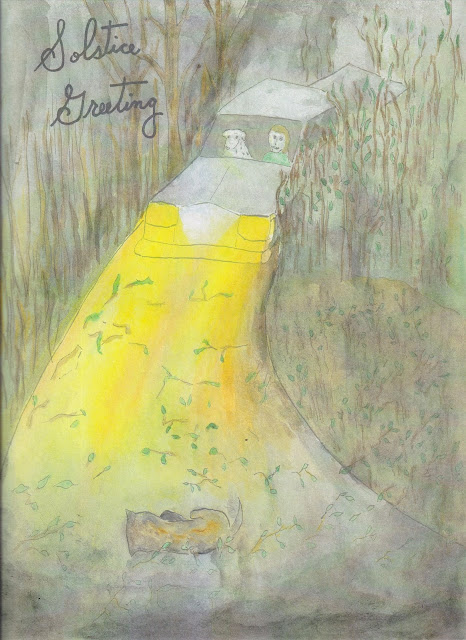 It was a dark and stormy night. A truck was racing along a slick, leaf-covered lane, turning a corner in the rain. Suddenly, there appeared a lump on the road, then it moved. Brakes squealed as the truck skidded to a stop just in front of the figure that now had stopped moving. As the driver got out and approached the form, he noticed that it was a mass of matted fur, laying prostrate in the middle of the road. He picked it up and a limp head rolled back, showing a tiny, bony kitten whose legs moved slowly as he held it.
He brought it to the truck and got in, holding the kitten close to his neck as he began to drive slowly away from the curve in the road. Suddenly, there was a sound. The kitten yelped and came to life, clinging to the warmth of the driver's neck and pushing its head up under his chin.
This little creature had reached his solstice, the darkness of its brief existence and then, miraculously, began its journey towards life and light again.
The kitten was named Chancey, saved by chance, and in a few months grew into a great, fluffy ball of fur, with yellow eyes and a flat face and an inquisitive personality. He followed us everywhere outside, discovering the world for the first time, every experience new and exciting.
Chancey's long, thick fur was brown and grey, striped along the back in an intricate pattern of golden swirls. He was a Celtic Seelie Wicht, a lucky cat from the other world, come through to charm and brighten our lives.
He is a reminder to me of other times of darkness that we pass through, always alone, unknowing if we will reach any form of light or clarity again, but knowing that we are no longer what we were going into the darkness.
At this later date in our lives, we approach this new solstice with a seasoned eye to more change and loss, more death around us. We remember more than we hope, but this experience of going into the darkness one more time is the possibility of a magical change, a hand reaching out of the wet, cold darkness towards us, picking us up off the road as we lay unconscious, and offering us new life, a life beyond clutching for survival.
Nature shows us the cycle that our lives follow, and guides us slowly to our fate in the unknown, passing into the longest night, from the shortest day. 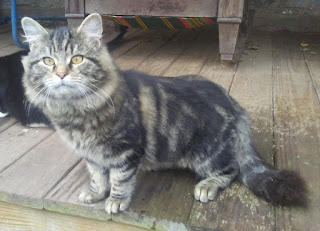 From the brothers at the Hermitage, our best to you this holiday season.

Posted by Christian and Johannes at 1:10 PM No comments: